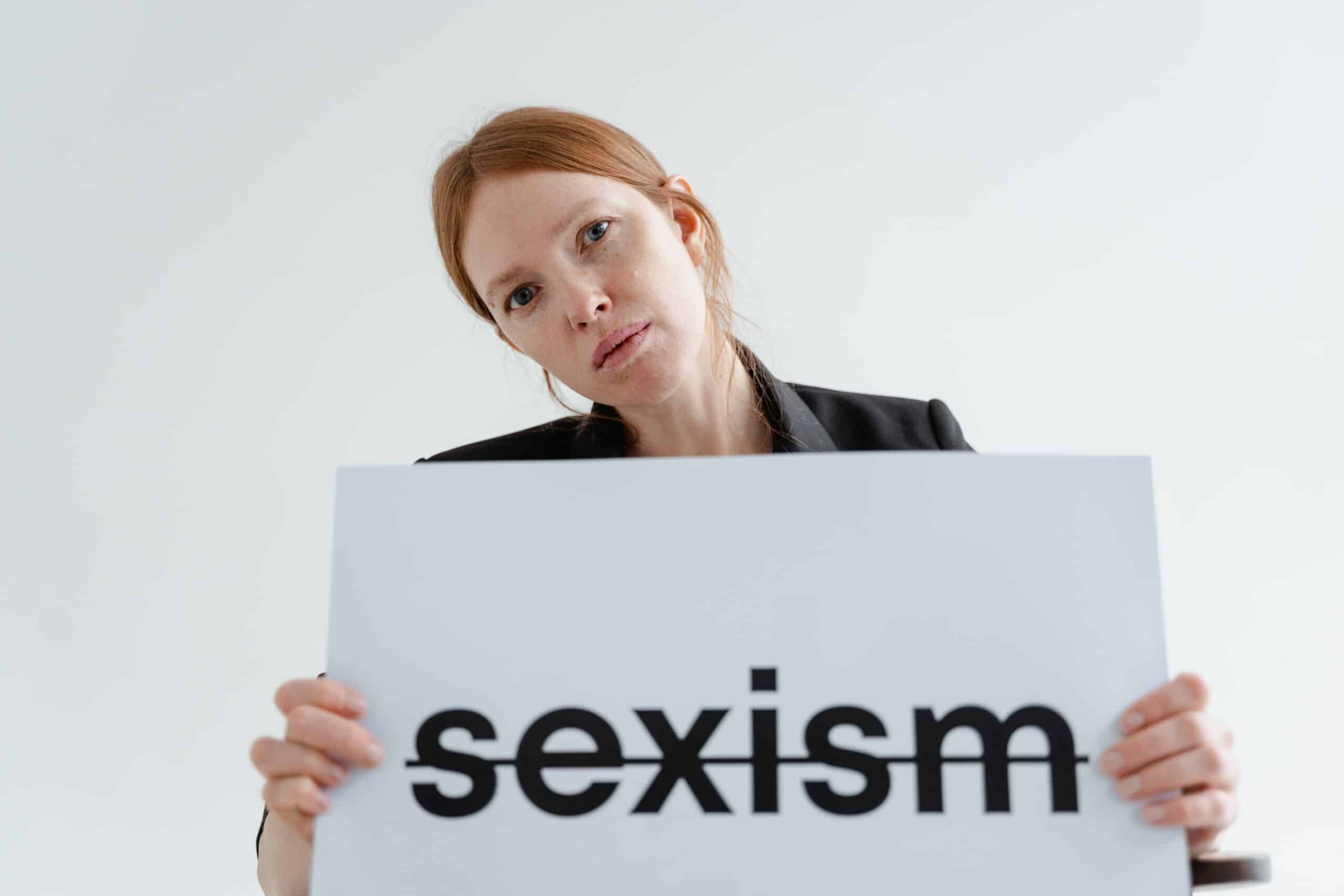 The Metoo movement is a much-needed wake-up call.  It put men on notice that women no longer would accept workplace sexism.  But sexism did not magically disappear overnight.

It still is an ongoing battle.

We’ve had some high-profile celebrities answer for their sexism in some meaningful way.  But most of us do not work in Hollywood.  And the sexism that occurs is not between Hollywood moguls and up-and-coming celebrities.

It’s between the everyday female workers and their boss.  Sexism in the workplace still happens.  Recent statistics show that women still only earn $.79 for every dollar that males make.

I do not have the answers on how to prevent sexism in the workplace.  But I do have some tips on how to spot it.

And if you spot it, you should give us a call.  We can help by filing a sexual harassment lawsuit or giving you legal advice on how to handle the situation.

Sexism in the workplace is subtle.  But one of the easiest ways to spot it is preferential treatment based on gender.

Preferential treatment can come in the form of better assignments.  Sometimes this is actually subconscious or preconceived notions of gender roles.  People have a tendency to work with those that look like them.  And also those who remind them of themselves.

Small female representation in management positions leads to men working more closely with other men. And, as a result, women are given less desirable work.

Like any bias, men need to actively combat it.  When employees are given less desirable work, they are unable to develop the requisite skills to advance to the next level.

As such, in the case of women in the workplace, the lack of desirable work stymies women’s career development.

This can constitute an adverse employment action.  If your boss fails to promote you because of your gender, you may have a gender discrimination claim.

This is another subtle form of sexism.  This occurs when men devalue the opinions that women have at work.  This in turn creates a sexist culture.

Usually, this will occur at some meeting where verbal communication is exchanged.  Often times men will not listen to ideas from women.

Another form of sexism occurs when men only consider ideas from other men.

Either way, the presence of a woman is diminished.  Employers have continually moved towards emphasizing diversity and inclusion in the workplace.

Still, sexism persists.  This failure to recognize you can rise to the level of discrimination or harassment.

If your presence continually is ignored to the point where no one even listens to your ideas, it’s possible that you might have a hostile work environment claim.  This, however, is a stretch.

But if you’ve experienced unwelcome behavior that’s reasonably offensive and severe or pervasive, you could argue that your male coworkers created a hostile work environment.

Ignoring your presence on its own is a petty slight.  But if it occurs every day over the course of years, you could argue that the behavior is so pervasive that it created a hostile work environment.

Before you sue, it’s best to check out your job’s sexual harassment policy.  Companies are required to have them.  And you might be able to stop the hostility by reporting it.

This one is easy.  It’s simple math.  If you’re being paid less than your male counterpart, then sexism in the workplace is likely directly affecting you.

If you suspect that you are being paid less than your male counterparts for the same role, you should first make sure that they are actually similar.  This means that men have similar job responsibilities to you.

Next, you should determine whether they actually make more than you.  This can be difficult.  Employees are often shy about discussing pay and finances.

But employees greatly benefit when they discuss pay amongst themselves.

Despite the benefits, you may find your coworker squeamish about discussing salary.  You could always try to ask a close friend to be your squeaky wheel and find out that information from your male counterpart.

Either way, you should do your best to figure out if your employer is paying your male counterparts more than you.

After you’ve identified men that are being paid more than you and have similar job responsibilities to you, it may make sense to contact an employment lawyer.  You may have a potential lawsuit under the Equal Pay Act (“EPA”).

The EPA requires companies to pay men and women the same salary for the same type of work.

Unlike other employment law claims, you can go directly to court if you are being paid less than your male counterpart.  This means that there is no administrative step holding you back.

You should contact a lawyer immediately to discuss your options.

I’ve never been a fan of performance reviews.  They are fairly subjective.  And the reviewer holds the power.  Minorities and women often receive the short end of the stick come review time.

Unconscious bias is especially problematic in performance reviews.  Because unconscious bias affects how we act, we actually subconsciously bring sexism into our actions.

This, of course, includes performance reviews.

Because of these unconscious biases, well-meaning reviewers will often evaluate women differently than men.

If you think you have received an unfair performance review, you should document that disagreement.

By this, I mean that you should schedule a meeting with your reviewer.  And ask that you sit down and discuss it.

If you believe that the review was in any way based on gender, it might be worth seeking legal advice.

What you’re really trying to do is create a paper trail.  But at some point, you might want to pull the trigger and complain that you believe your poor reviews are because of gender discrimination.

You should obtain legal advice to discuss whether you are at that point.

If either has happened, you should contact an employment lawyer.  These are fairly clear-cut cases of sexual harassment.

And you need to discuss your next steps for obtaining damages for the wrong your boss has caused.

Unfortunately, the #Metoo movement highlighted the problem.  But we still have a long ways to go to fix it.

Have you recently spotted sexism in the workplace?  Will you do something about it?

PrevPreviousShould You Disclose a Mental Illness to your Employer?
NextCan you be fired for being sick?Next